Blitzwing is a simple, military-style font based loosely on the packaging of Hasbros Contruct-A-Bots line. Includes full alphabet, numerals, extended punctuation and Euro. Includes bold, italic, and bold-italic styles, along […] 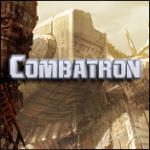 Coulson is a thick, technical-looking stencil font based on the title logo of Marvel’s Captain America: The Winter Soldier movie and many, many other tie-in products. This font includes the […]

Counterfire is a bold, angular science-fiction typeface based loosely on several marquees and televisions shows (along with a product line from WorldWorksGames). Includes full alphabet, extended character set, and Euro. […]

Cyberfall is based on the logo of the console game “Fall of Cybertron”. Includes extended characters, euro, and punctuation. Left and right braces are the Autobot and Decepticon (G1) insignia, […]