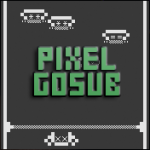 Pixel Gosub is an extremely primitive pixel font based on the onboard lettering used in many early microcomputers such as the original Timex Sinclair. Includes full alphabet, extended punctuation, euro. […]

This font is based on the default pixel-face from the classic Mattel Electronics Intellivision title screens. Includes full alphanumeric, punctuation, extended accent characters, and Euro.

Pixel Symtext is based the smaller letters used in many of Microprose’s games in the early 1990s, including hits like Master of Orion and Master of Magic. Includes full alphabet, […]

Pixel Tactical is based the primitive techno-lettering found in Bullfrog’s popular “Syndicate” franchise from the 1990s, as used in technical and situational briefings. Includes full alphabet, extended punctuation, euro. 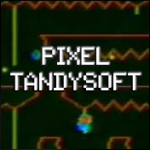 Pixel Tandysoft is based the pixelated letters used by Tandy on their Color Computer series of consoles from the early 1980s. This type can be seen in pretty much every […]